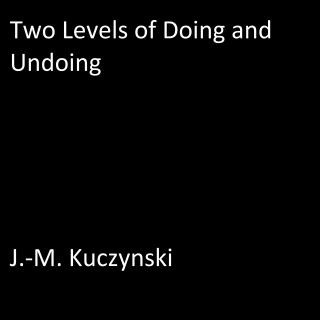 Two Levels of Doing and Undoing

People with OCD do and undo: the obsessive compulsive starts to make his bed; then he decides that his time is better spent doing something else; then he reverses himself once more and re-starts making his bed; then he once again reverses himself, deciding once again not to make his bed; and so on.
That sort of doing and undoing is diachronic, as in, the opposed impulses are expressed, not in simultaneous, but in sequential behaviors: the impulse to make the bed is expressed; then the impulse to do something else is expressed; then the impulse to make the bed is once again expressed; and so on.
But obsessive-compulsives also engage in a form of synchronic doing and undoing, as in, there are cases where the opposed impulses are simultaneously operative and, indeed, operative in the very same behavior; and many otherwise inexplicable compulsions are to be explained in terms of this fact.