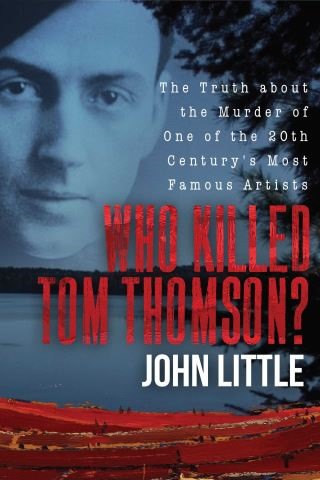 Tom Thomson was Canada's Vincent van Gogh. He painted for a period of five years before meeting his untimely death in a remote wilderness lake in July 1917. He was buried in an unofficial grave close to the lake where his body was found. About eight hours after he was buried, the coroner arrived but never examined the body and ruled his death accidental due to drowning. A day and a half later, Thomson's family hired an undertaker to exhume the body and move it to the family plot about 100 miles away. This undertaker refused all help, and only worked at night.

In 1956, John Little's father and three other men, influenced by the story of an old park ranger who never believed Thomson's body was moved by the undertaker, dug up what was supposed to be the original, empty grave. To their surprise, the grave still contained a body, and the skull revealed a head wound that matched the same location noted by the men who pulled his corpse from the water in 1917. The finding sent shockwaves across the nation and began a mystery that continues to this day.

In Who Killed Tom Thomson? John Little continues the sixty-year relationship his family has had with Tom Thomson and his fate by teaming up with two high-ranking Ontario provincial police homicide detectives. For the first time, they provide a forensic scientific opinion as to how Thomson met his death, and where his body is buried. Little draws upon his father's research, plus recently released archival material, as well as his own thirty-year investigation. He and his colleagues prove that Thomson was murdered, and set forth two persons of interest who may have killed Tom Thomson.

John Little: John Little has been a personal trainer for more than a dozen years. The author of over a dozen books on health, fitness, and exercise, including The Art of Expressing the Human Body, Max Contraction Training, and Body by Science, Little has been hailed by Ironman magazine as “one of the leading fitness researchers in the world.” He resides in Ontario, Canada.