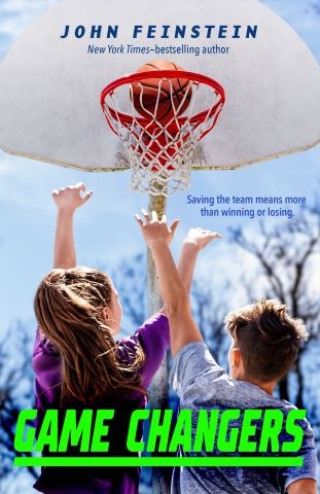 Trouble is about to tip off for Jeff and Andi’s sixth-grade basketball teams in Game Changers, a standalone second book in the middle-grade Benchwarmers series by #1 New York Times bestselling sportswriter John Feinstein.

To make matters worse, the local media smells more than one juicy story. Will Andi and Jeff be able to help each other power through and find a way to put both their teams back on track?

John Feinstein: John Feinstein is the author of more than thirty books, including the #1 New York Times bestsellers: A Season on the Brink and A Good Walk Spoiled. He is also the author of numerous kids mysteries. His first young adult mystery, Last Shot, won the Edgar Allen Poe Award. John also works for the Washington Post, The Golf Channel, Sirius XM Radio and Comcast Sportsnet.