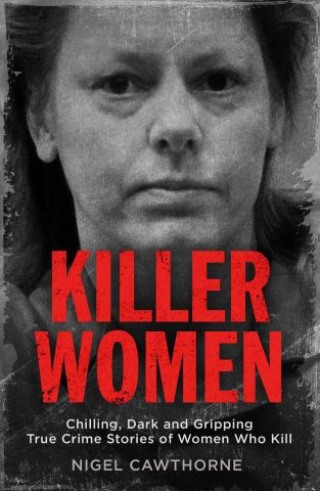 The Chilling Inside Story of Women Who Are Driven to Kill

Killer Women are the most disturbing yet compelling of all criminals, representing the very darkest side of humanity and subverting the conventional view of women as the weaker sex.

From Elizabeth Bathory, 'The Bloody Countess' whose vampire-like tendencies terrorised sixteenth-century Hungary, to the Moors Murderer Myra Hindley and the Florida Highway Killer Aileen Wuornos, these women transfix us with their extreme ability to commit savage acts of cruelty and depravity.

Most chilling is the fact that many of their victims represent the most vulnerable in society: babies, the ill and infirm, and the elderly. In some cases their methods of disposing of the corpses fall nothing short of ingenious: meet Leonarda Cianciulli, 'The Soap-Maker of Correggio', who used the fat from her victims' bodies to make soap and teacakes to sell to unsuspecting customers. These killers' backgrounds, methods and their crimes are described in forensic and gripping detail.

50 terrifying cases of killer women are brought to life, including:

Nigel Cawthorne: Nigel Cawthorne is the author of a number of successful true crime and popular history books. His writing has appeared in over 150 newspapers, magazines and partworks - from the Sun to the Financial Times, and from Flatbush Life to The New York Tribune. He lives in London.