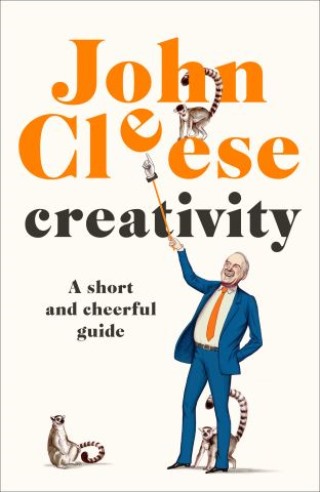 A Short and Cheerful Guide

The legendary comedian, actor, and writer of Monty Python, Fawlty Towers, and A Fish Called Wanda fame shares his key ideas about creativity: that it’s a learnable, improvable skill.

“Many people have written about creativity, but although they were very, very clever, they weren't actually creative. I like to think I'm writing about it from the inside.”—John Cleese

You might think that creativity is some mysterious, rare gift—one that only a few possess. But you’d be wrong. As John Cleese shows in this short, practical, and often amusing guide, creativity is a skill that anyone can acquire.

Drawing on his lifelong experience as a writer, Cleese shares his insights into the nature of creativity and offers advice on how to get your own inventive juices flowing. What do you need to do to get yourself in the right frame of mind? When do you know that you’ve come up with an idea that might be worth pursuing? What should you do if you think you’ve hit a brick wall?

We can all be more creative.

John Cleese shows us how.

John Cleese: John Cleese was born in Weston-super-Mare in 1939 and educated at Clifton College and at Cambridge. He achieved his first big success in the West End and as a scriptwriter and performer on The Frost Report. He went on to co-found the legendary Monty Python comedy troupe, writing and performing in the TV series and in films that include Monty Python and the Holy Grail and Monty Python’s Life of Brian. In the mid-1970s, Cleese and his first wife, Connie Booth, co-wrote and starred in the now-classic sitcom Fawlty Towers. Later, he wrote and co-starred in A Fish Called Wanda and Fierce Creatures. He has appeared in many other films, from James Bond to Harry Potter, and has guest-starred in numerous TV shows. He is also the author of So, Anyway...: A Memoir.