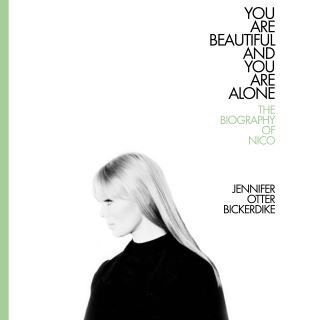 You Are Beautiful and You Are Alone

The Biography of Nico

A new, definitive biography of the iconic and mysterious singer, Warhol superstar, Velvet Underground collaborator: influential solo artist Nico.YOU ARE BEAUTIFUL AND YOU ARE ALONE is a new biography of Nico, the mysterious singer best known for her work with the Velvet Underground and her solo album Chelsea Girl. Her life is tangled in myth--much of it of her own invention. Rock and roll cultural historian Jennifer Bickerdike delivers a definitive book that unravels the story while making a convincing case for Nico's enduring importance.

Over the course of her career, Nico was an ever-evolving myth: art film house actress, highly coveted fashion model, Dietrich of Punk, Femme Fatale, Chelsea Girl, Garbo of Goth, The Last Bohemian, Heroin Junkie. Lester Bangs described her as 'a true enigma.' At age 27, Nico became Andy Warhol's newest Superstar, featuring in his one commercial break out hit film Chelsea Girls and garnering the position of chanteuse for the Velvet Underground. It wasn't Nico's musical chops which got her the gig; it was her striking beauty. Her seeming otherworldly and unattainable presence was further amplified by her reputation for dating rock stars (Brian Jones, Bob Dylan, Jim Morrison, among others). She became famous for being Nico.

Yet Nico's talent and her contribution to rock culture are often overlooked. She spent most of her career as a solo artist on the road, determined to make music, seemingly against all the odds, enduring empty concert halls, abusive fans, and the often perilous reality of being an ageing artist and drug addict. She created mesmerizing and unique projects that inspired a generation of artists, including Henry Rollins, Morrissey, Siousxie Sioux and the Banshees and Iggy Pop.

Drawing on the archives at the Andy Warhol Museum and at Nico's record labels, various private collections, and rarely seen footage, and featuring exclusive new interviews from those who knew her best, including Iggy Pop and Danny Fields, and those inspired by her legacy, YOU ARE BEAUTIFUL AND YOU ARE ALONE reveals the complicated, often compromised, self-destructive and always head strong woman behind the one-dimensional myths.

Jennifer Otter Bickerdike: Dr. Jennifer Otter Bickerdike is the Global Music Ambassador for BIMM, Europe's leading & largest music college. Originally from Santa Cruz, California, she has spent her life dedicated to the mistress that is rock n roll, wiith more than 30 years of experience in the culture industries, ranging from her time as a former music industry executive in the US to surviving three waves of dot com bubble bursting in the Silicon Valley before writing her PhD on Joy Division and Nirvana at Goldsmiths College in London. She is also the author of WHY VINYL MATTERS, a manifesto of the importance of the vinyl record by and for fans. The book includes interviews with a wide array of aficionados, ranging from Lars Ulrich to Fatboy Slim. Bickerdike lives in London, UK with her husband and rescue dog Alfie