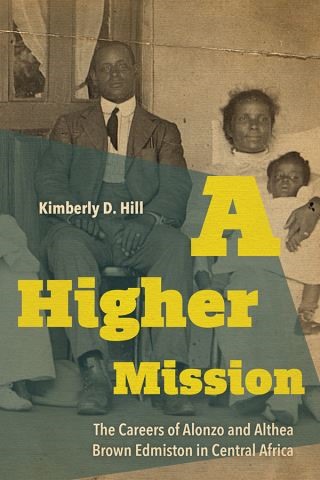 The Careers of Alonzo and Althea Brown Edmiston in Central Africa

In this vital transnational study, Kimberly D. Hill critically analyzes the colonial history of central Africa through the perspective of two African American missionaries: Alonzo Edmiston and Althea Brown Edmiston. The pair met and fell in love while working as a part of the American Presbyterian Congo Mission -- an operation which aimed to support the people of the Congo Free State suffering forced labor and brutal abuses under Belgian colonial governance. They discovered a unique kinship amid the country's growing human rights movement and used their familiarity with industrial education, popularized by Booker T. Washington's Tuskegee Institute, as a way to promote Christianity and offer valuable services to local people.

From 1902 through 1941, the Edmistons designed their mission projects to promote community building, to value local resources, and to incorporate the perspectives of the African participants. They focused on childcare, teaching, translation, construction, and farming -- ministries that required constant communication with their Kuba neighbors. Hill concludes with an analysis of how the Edmistons' pedagogy influenced government-sponsored industrial schools in the Belgian Congo through the 1950s. A Higher Mission illuminates not only the work of African American missionaries -- who are often overlooked and under-studied -- but also the transnational implications of black education in the South. Significantly, Hill also addresses the role of black foreign missionaries in the early civil rights movement, an argument that suggests an underexamined connection between earlier nineteenth-century Pan-Africanisms and activism in the interwar era.

Kimberly D. Hill: Kimberly D. Hill, assistant professor of history at University of Texas at Dallas, is a contributor to Alabama Women and Faith and Slavery in the Presbyterian Diaspora. She lives in Dallas, Texas.