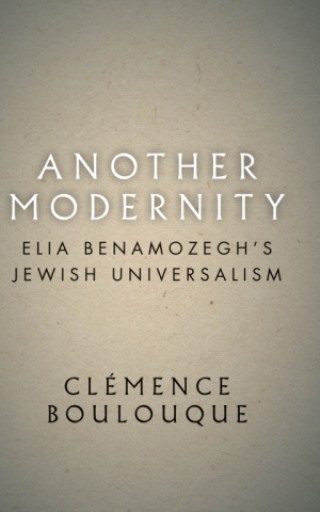 Another Modernity is a rich study of the life and thought of Elia Benamozegh, a nineteenth-century rabbi and philosopher whose work profoundly influenced Christian-Jewish dialogue in twentieth-century Europe. Benamozegh, a Livornese rabbi of Moroccan descent, was a prolific writer and transnational thinker who corresponded widely with religious and intellectual figures in France, the Maghreb, and the Middle East. This idiosyncratic figure, who argued for the universalism of Judaism and for interreligious engagement, came to influence a spectrum of religious thinkers so varied that it includes proponents of the ecumenical Second Vatican Council, American evangelists, and right-wing Zionists in Israel.

What Benamozegh proposed was unprecedented: that the Jewish tradition presented a solution to the religious crisis of modernity. According to Benamozegh, the defining features of Judaism were universalism, a capacity to foster interreligious engagement, and the political power and mythical allure of its theosophical tradition, Kabbalah—all of which made the Jewish tradition uniquely equipped to assuage the post-Enlightenment tensions between religion and reason. In this book, Clémence Boulouque presents a wide-ranging and nuanced investigation of Benamozegh's published and unpublished work and his continuing legacy, considering his impact on Christian-Jewish dialogue as well as on far-right Christians and right-wing religious Zionists.