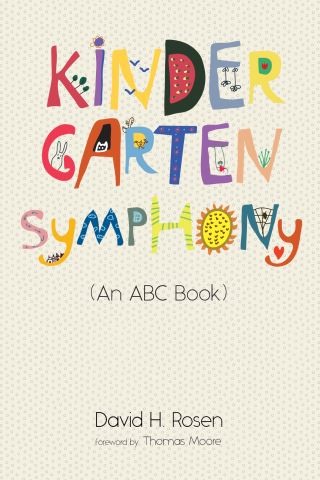 "David Rosen's Kindergarten Symphony is a novel addition to children's ABC books. It is a symphony in the true sense of the word, as it is a harmonious compilation of various parts and levels. The photos of the numerous animals, many of which would not be found in North America, are superb and portray the animal in its natural state, while at the same time providing us with an opportunity to bestow on them human traits. Children do not only learn about the sequence of the alphabet, but are given windows into names and images of animals not usually encountered. The adjectives consist of new words, which are in synchrony with the names, thus expanding the child's vocabulary. A wonderful book for both old and young." --Astrid Berg, Jungian Analyst and Emerita Professor in Child & Adolescent Psychiatry, University of Cape Town, South Africa "David Rosen, psychiatrist, professor, and author of clinical material, Haiku, and a Jungian cookbook, has brought his sense of wonder to his new book Kindergarten Symphony. As a child therapist, I plan to put a copy in the waiting room of my practice--to be enjoyed by the young and not so young. As a colleague in the Pacific Northwest Society of Jungian Analysts (PNSJA), after experiencing the joy in David's book, our mutual analytical group can now be known as P--Prickly Porcupine, N--Napping Newt, S--Slithering Snake, J--Joyful Jaguar, and A--Advancing Ant." --Janet Tatum, MSW, Jungian Analyst