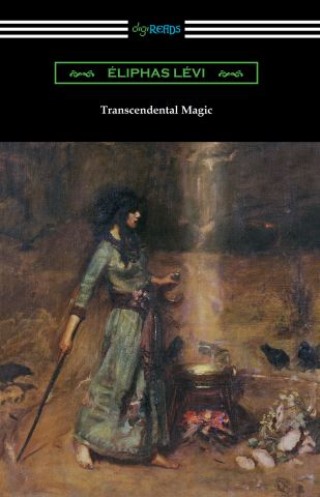 First published in 1896, “Transcendental Magic, its Doctrine and Ritual” is the English translation by A. E. Waite of Éliphas Lévi’s French classic “Dogme et Rituel de la Haute Magic”, originally published in two volumes in 1854 and 1856. Waite, an American-born British author and scholar best known for his part in co-creating the Rider-Waite tarot deck, translated Lévi’s influential and widely read first treatise into English and expanded upon it with a biographical preface on the life and significance of the author and added footnotes to the work to aid the reader in understanding the detailed material. Lévi’s treatise draws connections between religions and belief systems all over the world and finds that they share in common an underlying transcendental magical power. Waite writes in the introduction that “there are found indications of a doctrine which is everywhere the same and everywhere carefully concealed.” This common and hidden transcendental magic is viewed by Lévi as a way to connect science with religion so that they may co-exist. “Transcendental Magic” remains a popular and informative treatise on the occult, ritual magic, the Kabbalah, and other mystical beliefs, as well as a valuable resource for those interested in the relationship between magic, science, and religion.