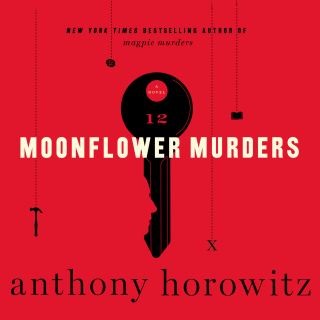 Farlingaye Hall is a beautiful hotel in Suffolk on the east coast of England. Unfortunately, it is also the site of the brutal murder of Frank Parris, a retired advertising executive. Stefan Codrescu, a Romanian maintenance man, is arrested after police discover blood spatter on his clothes and bed linen. He is found guilty and sentenced to eight years in prison. It appears to be an open-and-shut case, but there is more to it than meets the eye.

Alan Conway, the late author of the fictional Magpie Murders, knew Frank Parris and once visited Farlingaye Hall. Also, the third book in Conway’s detective series, Atticus Pund Takes the Cake, was based on the hotel. Cecily Treherne, the daughter of Farlingaye Hall’s owner, has read the book and believes the proof of Stefan’s innocence can be found in its pages.

But now . . . Cecily Treherne has disappeared. So Conway’s former editor, Susan Ryeland, leaves her own hotel in Crete and travels to Suffolk to investigate the murder and Treherne’s disappearance.

Masterfully intriguing, brilliantly clever and relentlessly suspenseful, Moonflower Murders is a deviously dark take on vintage English crime fiction in which the reader becomes the detective.

ANTHONY HOROWITZ is the author of the US bestselling Magpie Murders and The Word is Murder, and one of the most prolific and successful writers in the English language; he may have committed more (fictional) murders than any other living author. His novel Trigger Mortis features original material from Ian Fleming. His most recent Sherlock Holmes novel, Moriarty, is a reader favorite; and his bestselling Alex Rider series for young adults has sold more than 19 million copies worldwide. As a TV screenwriter, he created both Midsomer Murders and the BAFTA-winning Foyle’s War on PBS. Horowitz regularly contributes to a wide variety of national newspapers and magazines, and in January 2014 was awarded an OBE.