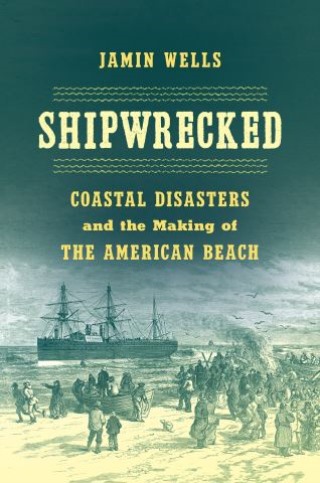 Coastal Disasters and the Making of the American Beach

Reframing the American story from the vantage point of the nation's watery edges, Jamin Wells shows that disasters have not only bedeviled the American beach--they created it. Though the American beach is now one of the most commercialized, contested, and engineered places on the planet, few people visited it or called it home at the beginning of the nineteenth century. By the twentieth century, the American beach had become the summer encampment of presidents, a common destination for millions of citizens, and the site of rapidly growing beachfront communities. Shipwrecked tells the story of this epic transformation, arguing that coastal shipwrecks themselves changed how Americans viewed, used, and inhabited the shoreline.

Drawing on a broad range of archival material--including logbooks, court cases, personal papers, government records, and cultural ephemera--Wells examines how shipwrecks laid the groundwork for the beach tourism industry that would transform the American beach from coastal frontier to oceanfront playspace, spur substantial state and private investment alongshore, reshape popular ideas about the coast, and turn the beach into a touchstone of the American experience.

Jamin Wells: Jamin Wells is assistant professor of history at the University of West Florida.