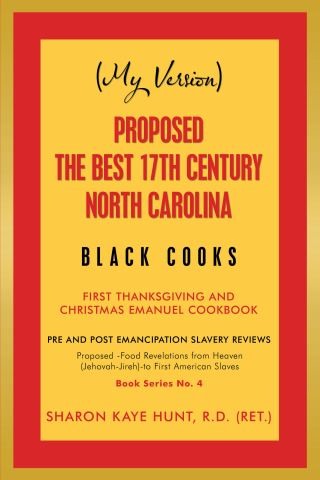 The Eight Book Series are dedicated to the First Slaves’ Thanksgiving and Christmas Dinners Celebrations in the United States who arrived before 1600s. The first Thanksgiving of the Pilgrims has made history since 1621. The first slaves arrived in South Carolina in the 1520s. Even though slavery was very harsh, the slaves were able to create meals from whatever was available. The slaves carved cooking and eating utensils from wood from different varieties of trees. Even though the slaves were treated terribly and prohibited from reading, writing, or going to church, the slaves were able to get patents and serve in the Civil War.