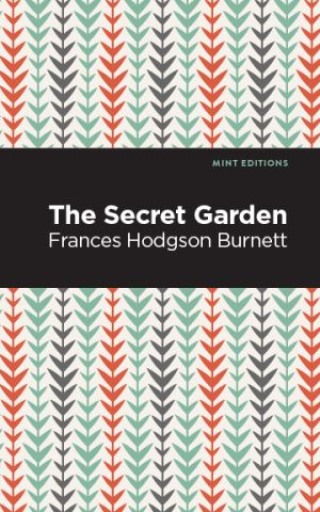 “Mary is a tough feisty character, who manages to turn a whole household, and the lives of those in it, completely upside down…the book is brim full of magic and joy.”- Sunday Telegraph

“It is only the exceptional author who can write a book about children with sufficient skill, charm, simplicity, and significance to make it acceptable to both young and old, Mrs. Burnett is one of the few thus gifted.” -The New York Times

In what is the most enduring work of Frances Hodgson Burnett’s literary legacy, The Secret Garden is an insightful and pastoral tale of transformation and love. Mary Lennox, a spoiled and temperamental young girl living in colonial India is orphaned when her parents and their servants succumb to cholera. She is placed in the care of her uncle in England, who lives in a sprawling manor surrounded by the Yorkshire moors. Mary’s sour demeanor is no match for a kind-hearted maidservant, who reveals that there is secret garden on the grounds of the manor. While on the search for the garden Mary becomes enthralled with the natural world, and gradually her temperament softens. When she becomes friends with a robin, the bird leads her to a doorway to the secret garden, where her life will be changed. The Secret Garden is a beautiful story of rejuvenation and friendship that is a timeless classic of children’s literature.

With an eye-catching new cover, and professionally typeset manuscript, this edition of The Secret Garden is both modern and readable.

Frances Hodgson Burnett (1849-1924) was a British-American writer celebrated for her children’s books. She was born in Manchester, England and emigrated to the United States to live with her uncle following her father’s death. As a teenager she began to write stories to support her family. That Lass ‘o Lowrie’s (1877) was her first novel followed by the very successful children’s book Little Lord Fauntleroy (1886). She often returned to her native England, where she wrote The Secret Garden (1911). Her works have been adapted into numerous stage and film productions.