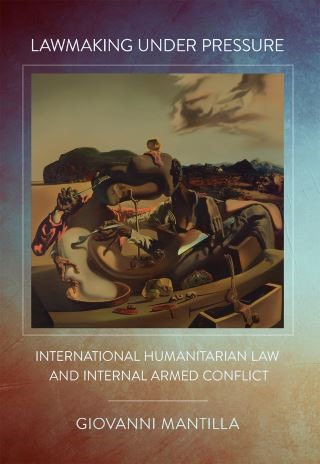 In Lawmaking under Pressure, Giovanni Mantilla analyzes the origins and development of the international humanitarian treaty rules that now exist to regulate internal armed conflict. Until well into the twentieth century, states allowed atrocious violence as an acceptable product of internal conflict. Why have states created international laws to control internal armed conflict? Why did states compromise their national security by accepting these international humanitarian constraints? Why did they create these rules at improbable moments, as European empires cracked, freedom fighters emerged, and fears of communist rebellion spread? Mantilla explores the global politics and diplomatic dynamics that led to the creation of such laws in 1949 and in the 1970s.

By the 1949 Diplomatic Conference that revised the Geneva Conventions, most countries supported legislation committing states and rebels to humane principles of wartime behavior and to the avoidance of abhorrent atrocities, including torture and the murder of non-combatants. However, for decades, states had long refused to codify similar regulations concerning violence within their own borders. Diplomatic conferences in Geneva twice channeled humanitarian attitudes alongside Cold War and decolonization politics, even compelling reluctant European empires Britain and France to accept them. Lawmaking under Pressure documents the tense politics behind the making of humanitarian laws that have become touchstones of the contemporary international normative order.

Mantilla not only explains the pressures that resulted in constraints on national sovereignty but also uncovers the fascinating international politics of shame, status, and hypocrisy that helped to produce the humanitarian rules now governing internal conflict.

Giovanni Mantilla is a university lecturer at Cambridge University and a Fellow of Christ's College. Follow him on Twitter @giofabman.