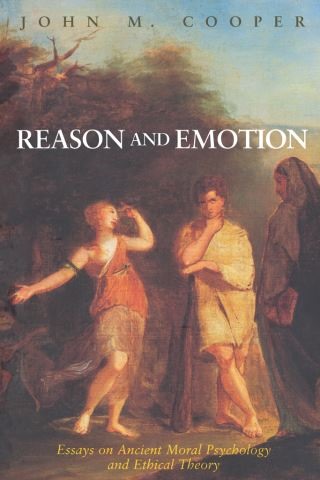 This book brings together twenty-three distinctive and influential essays on ancient moral philosophy--including several published here for the first time--by the distinguished philosopher and classical scholar John Cooper. The volume gives a systematic account of many of the most important issues and texts in ancient moral psychology and ethical theory, providing a unified and illuminating way of reflecting on the fields as they developed from Socrates and Plato through Aristotle to Epicurus and the Stoic philosophers Chrysippus and Posidonius, and beyond.


For the ancient philosophers, Cooper shows here, morality was "good character" and what that entailed: good judgment, sensitivity, openness, reflectiveness, and a secure and correct sense of who one was and how one stood in relation to others and the surrounding world. Ethical theory was about the best way to be rather than any principles for what to do in particular circumstances or in relation to recurrent temptations. Moral psychology was the study of the psychological conditions required for good character--the sorts of desires, the attitudes to self and others, the states of mind and feeling, the kinds of knowledge and insight.


Together these papers illustrate brilliantly how, by studying the arguments of the Greek philosophers in their diverse theories about the best human life and its psychological underpinnings, we can expand our own moral understanding and imagination and enrich our own moral thought. The collection will be crucial reading for anyone interested in classical philosophy and what it can contribute to reflection on contemporary questions about ethics and human life.

John M. Cooper: John M. Cooper is Stuart Professor of Philosophy at Princeton University. He is the author of Reason and Human Good in Aristotle and Plato's "Theaetetus." He is the general editor of Plato: Complete Works and also coedited Seneca: Moral and Political Essays with J. F. Procopé.