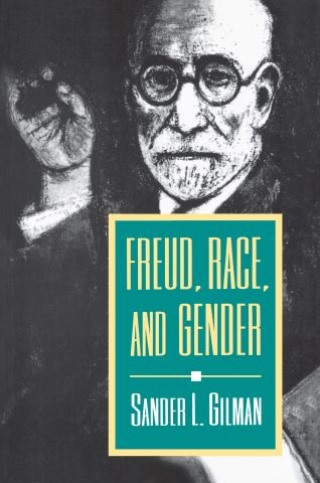 A Jew in a violently anti-Semitic world, Sigmund Freud was forced to cope with racism even in the "serious" medical literature of the fin de siècle, which described Jews as inherently pathological and sexually degenerate. In this provocative book, Sander L. Gilman argues that Freud's internalizing of these images of racial difference shaped the questions of psychoanalysis. Examining a variety of scientific writings, Gilman discusses the prevailing belief that male Jews were "feminized," as stated outright by Jung and others, and concludes that Freud dealt with his anxiety about himself as a Jew by projecting it onto other cultural "inferiors"--such as women. Gilman's fresh view of the origins of psychoanalysis challenges those who separate Freud's revolutionary theories from his Jewish identity.

Sander L. Gilman: Sander L. Gilman is the Henry R. Luce Professor of the Liberal Arts in Human Biology at the University of Chicago. He holds positions there as Professor of Germanic Studies and Professor of Psychiatry and is a member of the Fishbein Center for the History of Science and the Committee on Jewish Studies. He is a cultural and literary historian and the author or editor of over forty books.