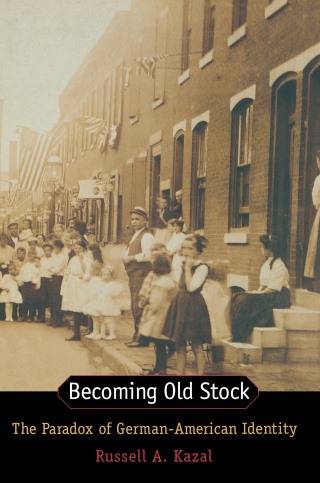 The Paradox of German-American Identity

More Americans trace their ancestry to Germany than to any other country. Arguably, German Americans form America's largest ethnic group. Yet they have a remarkably low profile today, reflecting a dramatic, twentieth-century retreat from German-American identity. In this age of multiculturalism, why have German Americans gone into ethnic eclipse--and where have they ended up? Becoming Old Stock represents the first in-depth exploration of that question. The book describes how German Philadelphians reinvented themselves in the early twentieth century, especially after World War I brought a nationwide anti-German backlash.


Using quantitative methods, oral history, and a cultural analysis of written sources, the book explores how, by the 1920s, many middle-class and Lutheran residents had redefined themselves in "old-stock" terms--as "American" in opposition to southeastern European "new immigrants." It also examines working-class and Catholic Germans, who came to share a common identity with other European immigrants, but not with newly arrived black Southerners.

Becoming Old Stock sheds light on the way German Americans used race, American nationalism, and mass culture to fashion new identities in place of ethnic ones. It is also an important contribution to the growing literature on racial identity among European Americans. In tracing the fate of one of America's largest ethnic groups, Becoming Old Stock challenges historians to rethink the phenomenon of ethnic assimilation and to explore its complex relationship to American pluralism.