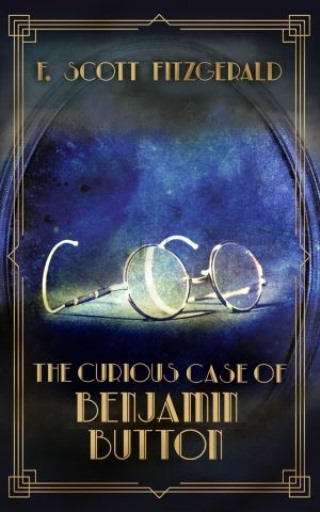 The Curious Case of Benjamin Button

The Curious Case of Benjamin Button is a short story by F. Scott Fitzgerald, originally published in Colliers Magazine on May 27th, 1922. The story follows Benjamin's life from his birth in 1860. However he is no ordinary child, as he has the appearance of a 70 year old man, already capable of speech. His family soon realizes that Benjamin is aging in reverse, becoming younger as the years go by. The fascinating story looks at his triumphs and struggles as he slowly gains his youth. Adding in themes of love and acceptance, F. Scott Fitzgerald details the difficulties and feelings of not fitting into ones designated age group in an entertaining and insightful manor.

F. Scott Fitzgerald: F. Scott Fitzgerald (1896-1940) was an American novelist and short story writer, widely regarded as one of the greatest writers of the 20th century. His literature mainly focused on the Jazz Age in the 1920s and The Lost Generation. Best known for his legendary title The Great Gatsby, his other notable works include This Side of Paradise, The Beautiful and Damned, Tender is the Night, and the short story collection Tales of the Jazz Age.