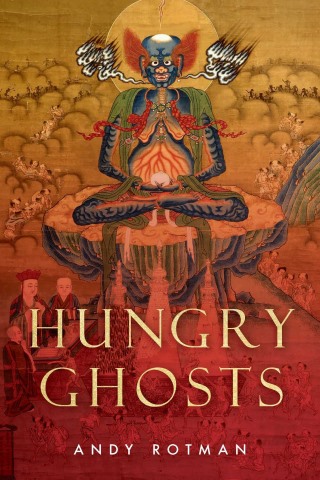 Classical stories and depictions of hungry ghosts not only tell us a great deal about Buddhism in the ancient world—they also speak to the modern human condition.

The realm of hungry ghosts is one of the unfortunate realms of rebirth in the Buddhist cycle of existence, and those reborn there are said to have led lives consumed by greed and spite. Hungry ghosts are often described as having enormous stomachs and tiny mouths, forever thwarted in their search for food.

One of the earliest sources about hungry ghosts is the ten stories about them in the Avadanasataka (One Hundred Stories), a Buddhist scripture from the early centuries of the Common Era, and these ten stories are elegantly translated in this volume. These hungry ghosts know the error of their ways, and they sometimes appear among humans, like the ghosts that haunt Ebenezer Scrooge, as augurs of what may await. Their bodies trigger disgust, but their aim is to inspire in us a disgust with the human thoughts that lead to such wretched bodies. Hungry-ghost stories are meant to shock us out of our complacency.

Artistic depictions of the travails of hungry ghosts are found throughout the Buddhist world, and Hungry Ghosts reproduces some of the best examples with detailed descriptions. The volume also begins with a meditation on meanness (matsarya), the mental state that engenders rebirth as a hungry ghost. We discover how the understanding of miserliness, cruelty, and bad faith found in the stories illuminates the human condition, offering insight and inspiring compassion for readers both in ancient times and in the world today.

Andy Rotman: Andy Rotman is a professor in the Department of Religion and Buddhist studies program at Smith College in Northampton, Massachusetts. He received his PhD in South Asian languages and civilizations from the University of Chicago in 2003. His research concerns the ways in which narratives and images in South Asia function as a part of social history and material culture. He is the translator of the inaugural volume in Wisdom’s Classics of Indian Buddhism series, Divine Stories: Divyavadana Part 1, and of Divine Stories: Divyavadana Part 2.