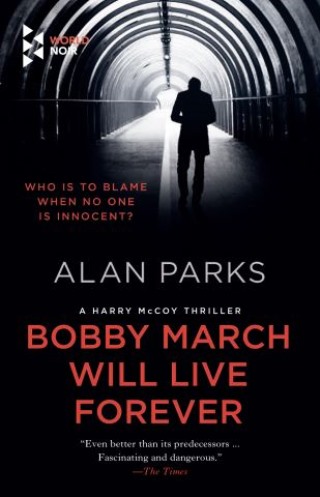 In this “fascinating and dangerous” Scottish noir, a detective scours Glasgow’s gritty streets for two missing teens in the wake of a rock star’s death (The Times, Book of the Month, UK).

July 1973. The Glasgow drug trade is booming and Bobby March, the city’s own rock star hero, has just overdosed in a central hotel. But even that tragedy competes for headlines with the story of a thirteen-year-old girl who’s gone missing. As Det. Harry McCoy knows only too well, every hour that goes by makes the Alice Kelly case more of a lost cause.

Meanwhile, the niece of McCoy’s boss has fallen in with a bad crowd and when she goes missing, McCoy is asked—off the books—to find her. McCoy has a hunch that there’s a connection between these events. But time to prove it is running out, the papers are out for blood, and the department wants results fast. Justice must be served.

The third novel in the acclaimed Harry McCoy series combines a “breathless and tense retro crime caper” with a pitch-perfect depiction of 1970s Glasgow—its music, hard men, political infighting, class divisions, and the moral questions at its heart (The Sun, UK).

Alan Parks: Alan Parks worked in the music industry for over twenty years before becoming a full-time writer. His debut novel Bloody January was one of the top crime debuts of 2018 and was shortlisted for the prestigious international crime prize the Grand Prix de Littérature Policière. February’s Son, book two in the series, was a finalist for a Mystery Writers of America Edgar Award. Parks lives and works in Glasgow.