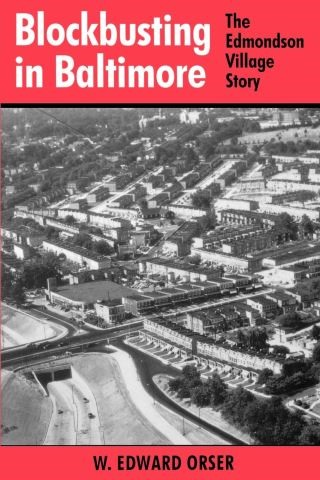 This innovative study of racial upheaval and urban transformation in Baltimore, Maryland investigates the impact of "blockbusting"—a practice in which real estate agents would sell a house on an all-white block to an African American family with the aim of igniting a panic among the other residents. These homeowners would often sell at a loss to move away, and the real estate agents would promote the properties at a drastic markup to African American buyers.

In this groundbreaking book, W. Edward Orser examines Edmondson Village, a west Baltimore rowhouse community where an especially acute instance of blockbusting triggered white flight and racial change on a dramatic scale. Between 1955 and 1965, nearly twenty thousand white residents, who saw their secure world changing drastically, were replaced by blacks in search of the American dream. By buying low and selling high, playing on the fears of whites and the needs of African Americans, blockbusters set off a series of events that Orser calls "a collective trauma whose significance for recent American social and cultural history is still insufficiently appreciated and understood."