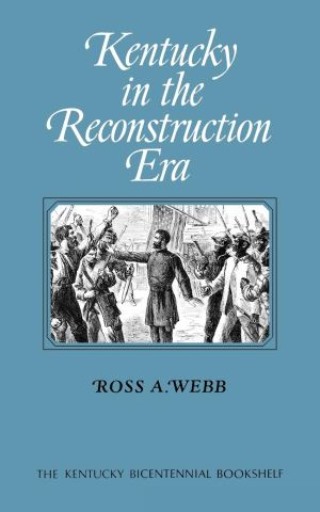 Kentucky in the Reconstruction Era

Although Kentucky was not subject to reconstruction as such, the period of readjustment following the Civil War was a troubled one for the Commonwealth. Violence begun by guerillas continued for years. In addition, white "Regulators" tried to cow the new freedmen and keep them in a perpetual state of fearful submission that would assure the agricultural labor supply.

Their attacks produced exactly the effects whites least desired: the blacks became all the more determined to leave the countryside, and the federal government imposed the Freedmen's Bureau to protect the former slaves. Kentucky in the Reconstruction Era shows how this and other forms of federal intervention angered even the most loyal white citizens, leading to Kentucky's hostility to the national administration and consequent reputation as a state dominated by ex-Confederates.

Gradually, however, things began to change, as hopes for future prosperity outweighed past disappointments. While the old feuds were not healed during this period, many of the state's leaders shifted their attention to more productive matters, and the way was opened to eventual reconciliation.

Ross A. Webb: Ross A. Webb is professor of history at Winthrop College.