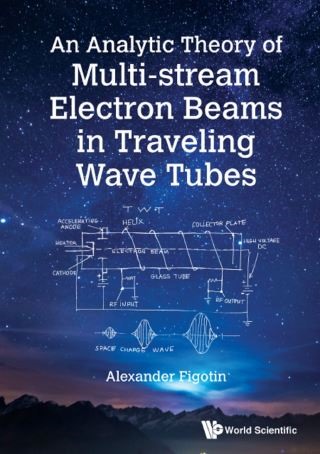 The Traveling Wave Tubes (TWT) is a powerful vacuum electronic device used to amplify radio-frequency (RF) signals as well as numerous applications such as radar, television and telephone satellite communications. This monograph is devoted to the author's original theoretical developments in the theory of a traveling wave tube (TWT).Most of the monograph is the author's original work on an analytical theory of TWTs. It is a constructive Lagrangian field theory of TWT in which the electron beam (e-beam) is represented by one-dimensional multi-stream electron flow and the guiding slow-wave structure is represented by possibly non-uniform multi-transmission line (MTL). The proposed analytic theory accounts for a number of electron plasma phenomena including space-charge effects such as electron-to-electron repulsion (debunching), convective instabilities, wave-particle interaction, amplifying waves and more. It allows, in particular, to (i) identify origins of the wave-particle interaction and the system convective instability (exponential growth); (ii) evaluate the energy transfer rate from the e-beam to the electromagnetic radiation; (iii) identify instability modal branches which under condition of sufficiently strong coupling between the e-beam and the MTL can cover ideally all frequencies.