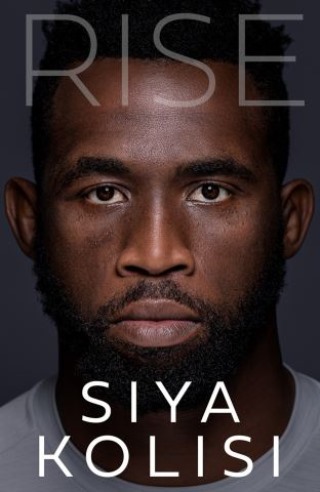 ‘Siya's rise from humble beginnings to lifting that World Cup trophy is the stuff of fairytales.’ MARCUS RASHFORD

‘Siya Kolisi is a warrior on the field and an inspiration off it. This book is an extraordinary reminder of what can be achieved with inner belief and an indefatigable spirit.’ JAY SHETTY

'Siya's story is well documented, and I am so impressed by the way he conducts himself. As the captain of his team and as a statesman he is measured and thoughtful. He is a leader in every way. An inspiration to a dynamic South African nation.' EDDIE JONES

‘Few people embody the tenacity of what the New South Africa stands for, like Siya does. His story mirrors the nations’; in its trials and tribulations and also in it’s triumph against all odds. This is a real life heroes journey.’ TREVOR NOAH

‘There is no doubt Siya has made a significant impact on World rugby, especially within South African rugby. [He] is passionate about changing people's lives for the better and uses his position and status to do that.’ MARO ITOJE

His truth. His story. In his words.

There have been many comments made and books written about Siya Kolisi, captain of the Springboks, and the first black man to lead his country in over 128 years of South African rugby.

But now, for the very first time, Siya Kolisi shares his story in an extraordinarily intimate memoir, charting his journey from being born into the impoverished Zwide township, to leading his proud nation to an astonishing victory at the Rugby World Cup in 2019.

However, Rise is not simply a chronology of matches played and games won; it is an exploration of a man’s race and his faith, a masterclass in attaining a positive mindset, and an inspirational reminder that it is possible to defy the odds, no matter how they are stacked against you.

In 2020, partly in response to the pandemic, Siya and his wife, Rachel, launched The Kolisi Foundation, providing personal protective equipment to healthcare workers and delivering food parcels throughout South Africa.

The title Rise is inspired by Siya’s mother – Phakama – which translates to the book’s name, as well as a celebration of his Xhosa heritage.

Siya Kolisi is one of the most respected players in rugby today. In 2018, he was appointed captain of the Springboks South African rugby team, becoming the first black man to lead his country in 128 years. After a triumphant final against England, he drove the team to victory in the 2019 Rugby World Cup. Last year, Siya and his wife, Rachel, launched The Kolisi Foundation, providing personal protective equipment to healthcare workers and delivering food parcels throughout South Africa.