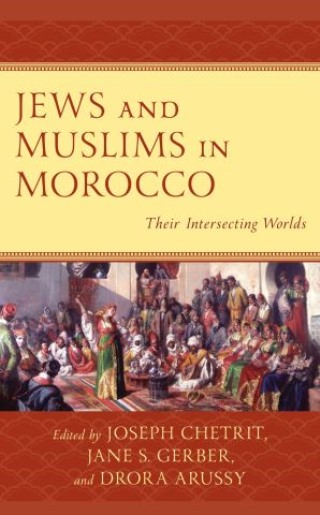 Jews and Muslims in Morocco

Multiple traditions of Jewish origins in Morocco emphasize the distinctiveness of Moroccan Jewry as indigenous to the area, rooted in its earliest settlements and possessing deep connections and associations with the historic peoples of the region. The creative interaction of Moroccan Jewry with the Arab and Berber cultures was noted in the Jews’ use of Morocco’s multiple languages and dialects, characteristic poetry, and musical works as well as their shared magical rites and popular texts and proverbs. In Jews and Muslims in Morocco: Their Intersecting Worlds historians, anthropologists, musicologists, Rabbinic scholars, Arabists, and linguists analyze this culture, in all its complexity and hybridity. The volume’s collection of essays span political and social interactions throughout history, cultural commonalities, traditions, and halakhic developments. As Jewish life in Morocco has dwindled, much of what is left are traditions maintained in Moroccan ex-pat communities, and memories of those who stayed and those who left. The volume concludes with shared memories from the perspective of a Jewish intellectual from Morocco, a Moroccan Muslim scholar, an analysis of a visual memoir painted by the nineteenth-century artist, Eugène Delacroix, and a photo essay of the vanished world of Jewish life in Morocco.