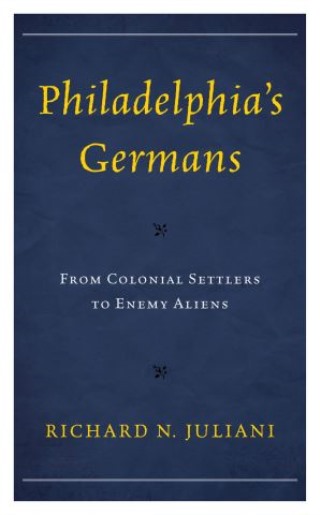 From Colonial Settlers to Enemy Aliens

In Philadelphia’s Germans: From Colonial Settlers to Enemy Aliens, Richard N. Juliani examines the social, cultural, and political life, along with the ethnic consciousness, of Philadelphia’s Germans, from their participation in the founding of the colony of Pennsylvania to the entry of the United States into World War I. This book focuses on their paradoxical transformation from loyal citizens, who made great contributions as they became increasingly Americanized, to a people viewed as a foreign threat to the safety and security of the city and nation. It also considers the policies and treatment of government and views of the local press in reporting and interpreting the dilemma of German Americans during the transition.