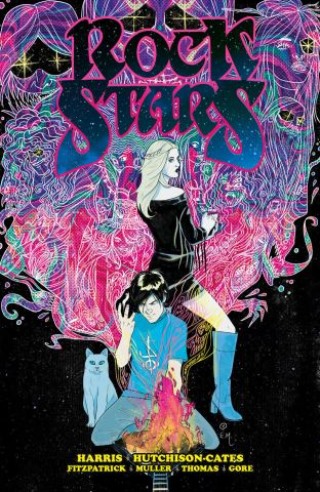 When the music-scene murders start happening again, Jackie Mayer is ready. He knows the secrets of the past. Or, least he thinks he does. But the gods of rock are darker than he thought, and the conspiracy he uncovers is more insidious than he could have imagined. THEY SOLD THEIR SOULS FOR ROCK ‘N’ ROLL!! Music, murder, magic, and mayhem. Rock fan Jackie Mayer possesses an uncanny, almost unearthly talent: he’s able to connect the legends, secrets, curses, whispers, mysteries, and conspiracies in the music world. He knows musicians hunger for fame and fortune – making them easy marks. Old Scratch likes nothing better than the burn of desire – whether a 19th century violin virtuoso, a young Blues man down in Memphis, or an occult-obsessed guitar genius. When a pattern of unsolved 1970s music-scene murders resumes in present-day Los Angeles, no one sees the connection except Jackie. Together with muck-raking music journalist Dorothy Buell, they soon uncover a vast conspiracy involving a legendary band, demonic possession, and sacrifices to the dark gods of rock. Jackie is drawn into the underbelly of the music world – and he’s going to have a devil of a time getting out alive. Collects the complete ten-issue series