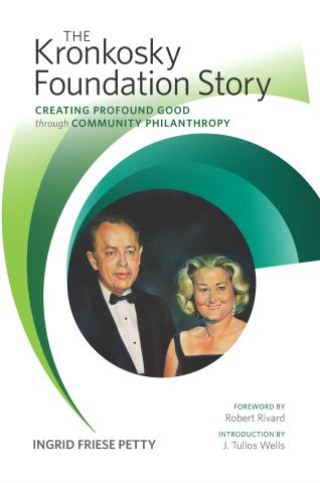 The Kronkosky Foundation Story provides a broad review of the twenty-five-year history of the Albert and Bessie Mae Kronkosky Charitable Foundation. Albert and Bessie Mae Kronkosky were committed to creating a legacy of “profound good” through charitable giving across four Texas counties that were dear to their hearts. The private foundation, formed in 1995 with a mission focused on health and human services (especially for children and the elderly), arts, and culture, has had a significant impact on San Antonio and the surrounding area.

The book recounts the Kronkosky family’s history and how they came into the wealth that eventually led to the foundation’s creation. The nonprofit organization’s story is one of exemplary management and wide-ranging positive impact on a community, and an examination of how local giving has changed in recent decades.

The Kronkosky Charitable Foundation exists in perpetuity, and their story stands as a testament to philanthropic commitment to a community.

Ingrid Friese Petty: Ingrid Friese Petty, a native Texan, was the director of initiatives and partnerships at the Kronkosky Charitable Foundation. She has also served in the U.S. Army Reserve, and she is a graduate of the Leadership Women America program. She lives in San Antonio.