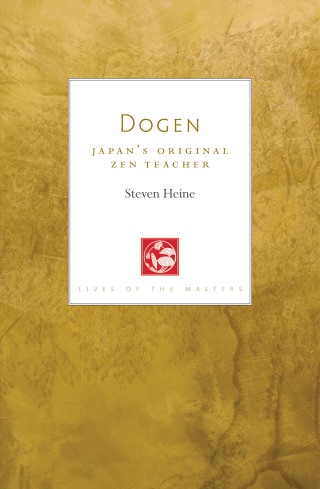 An essential introduction to the life, writings, and legacy of one of Japan's most prolific Buddhist masters.

The founder of the Soto school of Zen in Japan, Eihei Dogen (1200–1253) is one of the most influential Buddhist teachers of all time. Although Dogen’s writings have reached wide prominence among contemporary Buddhists and philosophers, there is much that remains enigmatic about his life and writings. In Dogen: Japan’s Original Zen Teacher, respected Dogen scholar and translator Steven Heine offers a nuanced portrait of the master’s historical context, life, and work, paying special attention to issues such as:

Synthesizing a lifetime of research and reflection into an accessible narrative, this new addition to the Lives of the Masters series illuminates thought-provoking perspectives on Dogen’s character and teachings, as well as his relevance to contemporary practitioners.

Steven Heine: STEVEN HEINE is a scholar in the field of Zen Buddhist history and thought, particularly the life and teachings of Dogen. He has also taught and published extensively on Japanese religion and society in worldwide perspectives. He is Director of Florida International University's Asian Studies Program.