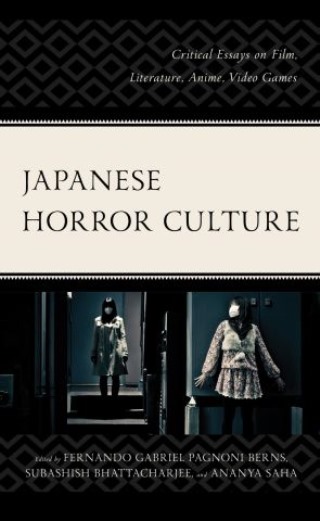 Contemporary Japanese horror is deeply rooted in the folklore of its culture, with fairy tales-like ghost stories embedded deeply into the social, cultural, and religious fabric. Ever since the emergence of the J-horror phenomenon in the late 1990s with the opening and critical success of films such as Hideo Nakata’s The Ring (Ringu, 1998) or Takashi Miike’s Audition (Ôdishon, 1999), Japanese horror has been a staple of both film studies and Western culture. Scholars and fans alike throughout the world have been keen to observe and analyze the popularity and roots of the phenomenon that took the horror scene by storm, producing a corpus of cultural artefacts that still resonate today. Further, Japanese horror is symptomatic of its social and cultural context, celebrating the fantastic through female ghosts, mutated lizards, posthuman bodies, and other figures. Encompassing a range of genres and media including cinema, manga, video games, and anime, this book investigates and analyzes Japanese horror in relation with trauma studies (including the figure of Godzilla), the non-human (via grotesque bodies), and hybridity with Western narratives (including the linkages with Hollywood), thus illuminating overlooked aspects of this cultural phenomenon.