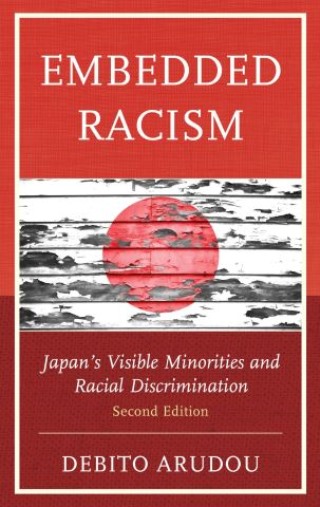 Despite domestic constitutional provisions and international treaty promises, Japan has no law against racial discrimination. Consequently, businesses around Japan display “Japanese Only” signs, denying entry to all 'foreigners' on sight. Employers and landlords routinely refuse jobs and apartments to foreign applicants. Japanese police racially profile “foreign-looking” bystanders for invasive questioning on the street. Legislators, administrators, and pundits portray foreigners as a national security threat and call for their segregation and expulsion. Nevertheless, Japan’s government and media claim there is no discrimination by race in Japan, therefore no laws are necessary.

How does Japan resolve the cognitive dissonance of racial discrimination being unconstitutional yet not illegal? Embedded Racism untangles Japan's complex narrative on race. Starting with case studies of hundreds of “Japanese Only" exclusionary businesses, it carefully analyzes the social construction of Japanese identity through laws, public policy, jurisprudence, and media messages. It reveals how the concept of a “Japanese" has been racialized to the point where one must look “Japanese" to have equal civil and human rights in Japan.

Completely revised and updated for this Second Edition (including landmark events like the 2020 Tokyo Olympics, the Covid Pandemic, and the Carlos Ghosn Case), Embedded Racism is the product of three decades of research and fieldwork by a scholar living in Japan as a naturalized Japanese citizen. It offers a perspective into how Japan's entrenched, misunderstood, and deliberately overlooked racial discrimination not only undermines Japan's economic future but also emboldens white supremacists worldwide who see Japan as their template ethnostate.

Debito Arudou is author of Handbook for Newcomers, Migrants, and Immigrants to Japan and Japanese Only: The Otaru Hot Springs Case and Racial Discrimination in Japan. www.debito.org.