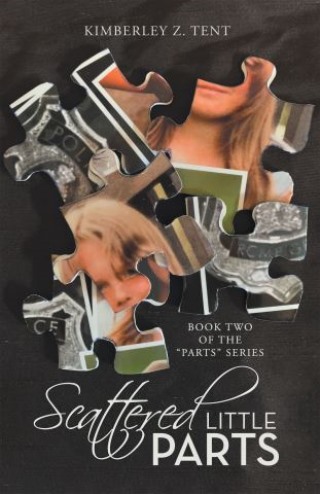 Book Two of the "Parts" Series

…and slowly, she exhaled

Retired Constable Kimberley Tent had discovered a strong will to survive but found herself in yet another standoff with her own inner demons through a courageous battle with a Post-Traumatic Stress Injury, depression, and bulimia.

Described as “gripping” and “inspirational,” book two of Kim’s poetry memoir series gives the reader a further glimpse into a police officer’s struggle and her determination to survive.

Throughout her career, many lives were saved and tragically, some were lost. For Kim, it was about giving everything she had to her job, her kids, and those around her. She put her wellbeing last, which turned out to be a slow death sentence. She became “switched on” all the time, highly vigilant and fearful of her surroundings. The need to save people consumed her as Kim silently wasted away.

Scattered Little Parts is a well-crafted, “raw” poetry collection by an author who is not afraid to be honest. Navigating a Post-Traumatic Stress Injury is a difficult and sometimes lonely road, but for police officers and other first responders, it can also be deadly. As Kim discovered along the way, her greatest opponent has been own mind and her inner struggle to let go of the past.

Kimberley Tent: Kimberley resides in the beautiful Kootenay mountains of southern British Columbia, with her childhood sweetheart of 36 years. She grew up surrounded by nature and began writing poetry and songs at an early age. Kimberley has three amazing children and three grandchildren, who have all been extremely supportive throughout her own journey with a Post-Traumatic Stress Injury. Her mission is to continue spreading awareness of PTSD through her own experience as a police officer, and to provide hope and support to fellow First Responders who are still suffering in silence.